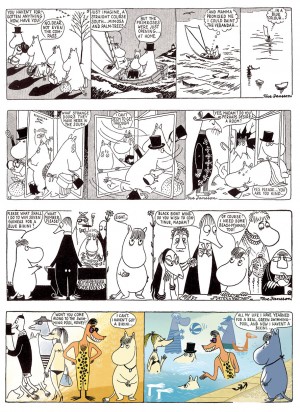 The film will be released in October 2014 to celebrate the 100th anniversary of Tove Jansson’s birth.

‘Moomins on the Riviera’ is created in a unique hand-drawn animation technique inspired by the original comic strips. The animators are using a reduced color scale for the backgrounds to carefully adapt the strips for a modern audience while maintaining the original feel of the black-and-white comic strips.

A film for all audiences, the Moomins embrace cross-cultural understanding and tolerance. Addressing universal themes such as finding joy in the small things in life, family, and optimism, ‘Moomins on the Riviera’ is sure to resonate with viewers around the world.

The film has already been sold to Finland, Sweden, Norway, Denmark, Iceland, France, Switzerland and Japan. The film will be released under the following names: