Though good-natured and enthusiastic, Moomin is as unpredictable and moody as any ‘teenager’ with a short fuse. He views simple pleasures with wonder and leaps in where the less adventurous fear to tread, often without knowing quite where he’s going to land. Moomin finds ‘NO!’ the hardest word to say. This is something he’s been working on for some time. 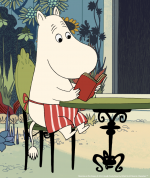 Moominmamma is both high-minded and open-minded, a rare combination. She understands the value of learning through mistakes, a principle she applies to her own family. Never pushy, she will, invariably, win the day. It just might take a bit of time for others to come round to her way of thinking. 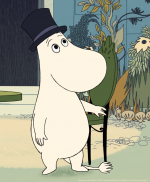 Though unquestionably loyal to his family, Moominpappa can behave irresponsibly, selfishly, even, especially when led astray by dubious acquaintances and fine old whisky, or, quite simply, when the mood takes him. A dreamer and an irrepressible spinner of yarns, Moominpappa fancies himself a great adventurer. 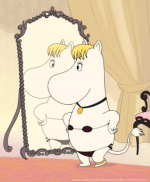 Moomin’s girlfriend. Not a little vain and often carried away by romantic fantasies, Snorkmaiden is kept grounded by Moomin, when she allows it, that is. She has no compunction about using her feminine charms – curves and guile – to get her own way. Beneath the surface, insecurities lurk. 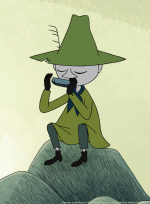 A carefree drifter with no interest in worldly possessions, except for his hat and his harmonica. Snufkin, is a free thinker and something of a philosopher. He believes that ‘One can never be entirely free’, yet his travels are a search for that elusive state. He is Moomin’s best friend.

Despite her flippant and often defiant attitude – rules are made to be broken – Little My has a disarmingly positive outlook on life. She speaks her mind, telling it how it is, even when the truth is best left unspoken. But, when push comes to shove, you would want Little My on your side. 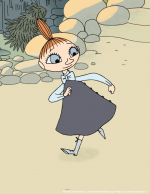 Little My’s sister. A hopeless but happy romantic, she falls in love at every opportunity. The focus of her affection is by the way. It’s love itself Mymble is in love with. 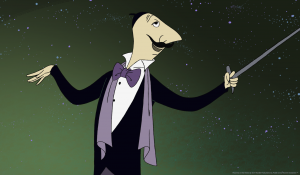 Wealthy, aristocratic, big-hearted Mongaga is a secret sculptor of great talent but limited imagination. Though he yearns for a bohemian lifestyle, he will never be more than a passing visitor. Mongaga finds it impossible to shed a background of privilege and comfort and tea on demand. 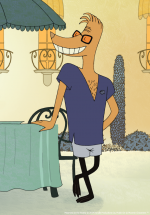 A puffed-up, predatory English playboy, who basks in the reflective glow of the rich and the famous. 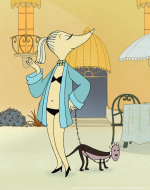 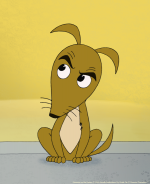 A sweet, shy dog with a dark secret: he prefers cats to his own kind, or so he believes.

A bunch of incompetent but harmless fools in search of an identity. Today it’s pirates…

A disparate collection of lovable creatures residing in Moominvalley.

An audiovisual collection of ‘ugly words’ tossed into a box by someone who has given up swearing.

An incidental character appearing from time to time, especially in emergencies.